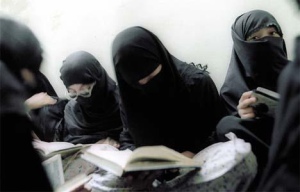 Young women joining Jihad across the globe is evidence of the strength of terrorist groups.

Growing concerns surrounding Islamic terrorist groups is widely discussed internationally. These sophisticated groups use strategies and tactics to recruit people to the growing movements. I was shocked to read about young teenage girls being led to Syria by Jihadist groups. I can’t imagine the impact that they groups must’ve had on these young girls, in order for them to gain the courage to leave everything they know and love to jump on a plane for the Middle East.

This epidemic is evidence of the power and influence that terrorist groups can have. Unfortunately, the continued efforts of such groups is attributing to their growing success as an organization. In addition, terrorist groups continue to give the Islamic faith much negative attention, especially in Western countries where the faith is not widely understood. My hope is that the growing epidemic of Islamic terrorist groups will be put to rest soon, but until then it is important to be aware of the ways in which they are thriving.